The contest between Carlisle, Keswick and Penrith camera clubs is an annual one, and is actually a friendly coming together of the clubs. Fifteen images from each were subject to the adjudication of Peter Yearnshire LRPS of Blyth Photographic Society. Having braved snow and ice crossing the Pennines, he gave interesting and helpful judgements on the entries

In the end, the winners were the Keswick club by a narrow margin. The “best” of the night was judged to be a magically image “Polar Bear on Ice” by Peter Snell of Keswick Club.

After the judging, an extensive and delicious spread was put on by the host club. “If we didn’t win the contest, we at least showed that we have lot of good cooks” – tables full of cakes and savouries met with considerable enthusiasm from the – by now – hungry contestants. 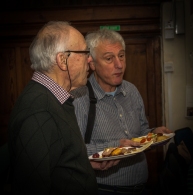 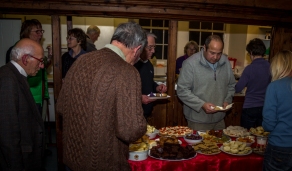